Hi! How’re you doing? Listen to what your mom says?) Does cold Norwegian wind makes you feel a bit chilly?)

Hey! All’s fine as usual. The time has passed when we was mom-obeying guys, but also we was badass bastards betweenwhiles I guess though, so now we have quite obedient moms, hah. Actualy thanx them for their endless support. As about northern wind, we’re all from south, so we would not mind if St. Petersburg would be not the northern but southern capital.

If I am not mistaken, your EP, that will come out soon, was waiting for it’s release about a year. What’s with the delay, wasn’t there any label that would release this yummy?

You mean ‘Terror for control’ EP? I don’t remember correctly but I guess it’s more then a year of waiting already. And it’s sad, couse we believe that the records must be unleashed as fast as it possible while it’s hot! After the record work done, we decided to ask Andy from EDH, don’t know why we didn’t try to look for another labels, either due to busy with music as in Internal Damage so in other projects or just too lazy to find them.

By the way, how’s it going with the tours and out gigs? Why there is still no ID logo on Obscene Extreme posters?

Actualy there’re not so many trips at our account, all the more so I mean outside country. There was just one travel abroad and as you know it was Kiev, Ukraine. I don’t know how to get and what to do to receive an invitation from OEF. I appealed more than once and on our facebook page we posted for help to get to the OEF, but more then a few fucking ‘likes’ we didn’t receive anything, though. TAKE OUR ASSES OUT TO THE FUCKIN’ OEF FOR THE FUCK’S SAKE, MOTHERFUCKERS!!!! hahaha.

Well, your faces was seen in a lots of different extreme bands. Let’s take a look, who’s playing on the side and where exactly?)

Everybody knows that St. Petersburg is a cultural capital of Russia. Please, tell us, who’s making the most tasty borsch in the city?)

Make you sure, my wife cooks the most delicious borschch in the city, haha!

I heard that you’re going to release split with fellow countrymans. What is this band, can you tell us the exact release date?

Yes, right! We will get split with our russian bastards friends FITCAGE from Kazan’. Our side we recorded quite a long time ago and I heard that Fitcage guys finiched with split so now we are waiting for when it will unleashed. And it seem like it moved off dead center. And we’ll gonna bend the knee and hope for a quick edition.

I definitely can say that you ain’t some foolish people. Do you like to read books? What’s your favorites?)

As for me so if I read something that it’s any periodicals and magazines. I almost don’t read books at all, unfortunately. Too busy with music. But nevertheless I’m going to get to books someday.

Imagine that you appeared in deep jungle, and on your way out of there you meet tribe of cannibals. Your actions, monsieur?)

I think that after I’ll play them some beats on some drum and devour fried human heart, they will take me unto their family, hahaha! Guess, I’ll devour them all))

Dym, what’s with the merchandize? Where is it?) Fans are tired of waiting and ask the same question.

All is sold out for now. You know, we have not funds for merch, we’re the poor peasants. And nobody offered their services to do it for us. But in nearest future we plan to try to collect money and to do a new merch. By the way now b/w putches are done.

If you had an opportunity to live in another country, where would you live?

As for me, Canada or Australia are sympathize to me. Or Scandinavian countries if had southern temperature. But, U know, the older you get, the deeper your roots grow, so I think definitely we’re destined to die in Russia, hah.

How often you have hangovers after another gig?)

I feel hangover after almost every our gig, haha. 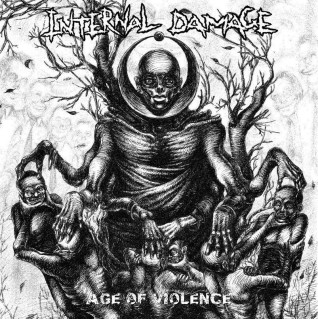 The name of your second album “Age of Violence” fully represents the situation in our world. How soon humanity will hit the bottom, in your opinion?

Politicians have fallen into the pit of corruption and lies. I think man-fucking-kind is rotting from inside and it’s the age of shit. By the way, to run a few steps forward, upcoming EP is entitled Terror for control. It continues and develops that theme, and I believe it fully displays the hole situation in the world now.

I am the citizen of Ukraine, so I wonder what Russian people think about our revolutionary situation? ‘Cause informational barrier is doing its dirty job. Dym, your relatives live in Ukraine, don’t they?

We all think it’s amazing shit happening over the Ukraine. All were horrified. We always support (I mean all common people) Ukraine and consider you our bros. But it’s almost funny to watch how the “owners of the world” continue to manipulate people easily disinformating and tune people against each other. And it’s after all the old and new wars passed and busted. And as we see it’s still working. I incredibly angry when I see how the brotherly nation zombiefyed and turns against us in about a month. It’s stupid. My father’s family and my surname are ukrainian. I have relatives there, but I see haw their brains are washing. 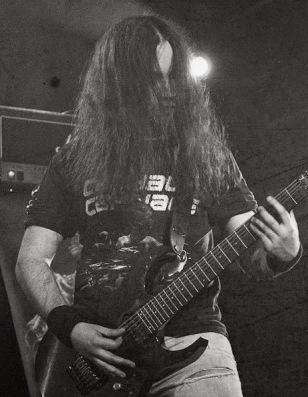 What’s happening with your second guitarists? How often they quit the band? I hope it’s not because of the dictatorship and discrimination in band?))

Dym – No, there’s neither one nor the other, haha. No dictatorship, no abuses of human rights, of course there is no in our ranks and never will. Among guitarists who were in Damage before – for one, it was more like a side project and he eventually went totally back to Distress, the other one was not all right with the psyche and he suddenly became a father, and we left him to pay attention to himself and his family. But now with us today Victor – superb guitarist and just a cool dude and we get along great, so I’m sure that it’s etched!

Guys, thank you so much for this interview! I sure hope to raise my glass with you again!

Thank you very much for the interviewing too and interesting in our band, mate! It would fucking great to be in the first lines on your zine’s pages and hope to have a couple of beers with you in the nearest future. Cheers! 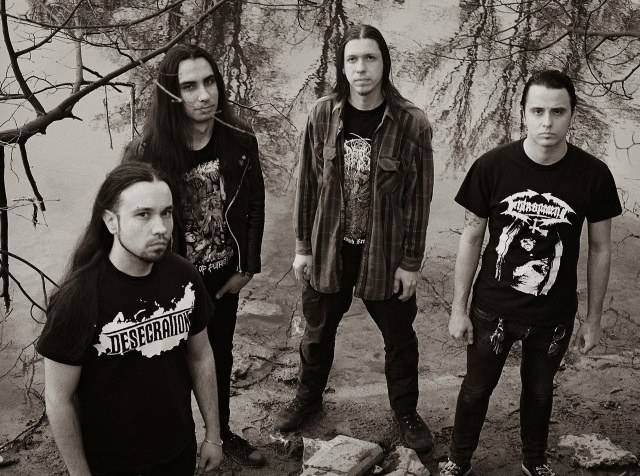