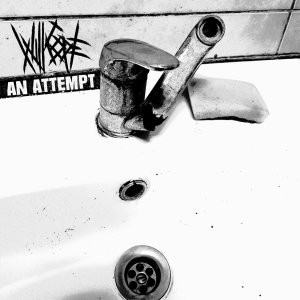 Vilnius, Lithuania somewhere in 2020 two drunk guys decided to play something fast and loud. Guys started with a small single and a year later they recorded their debut album An Attempt (which is screaming right now from my speakers). I have no idea what guys wanted to say by this cover with broken water tap, but I really dig their music.

Will Cope position themselves as a powerviolence band, but for me, it`s more like grindviolence with the addition of modern metallic hardcore. This full-length has a nice juicy sound, also guys managed to save live energy and aggression during the recording process (which is important). As you already guess this music is built mostly on stop/play structures. Guys perfectly combine fast blasting moments with slow stuff. That furious style of play is fucking good, that trio was really pissed off in the studio, haha!

This is a perfect CD for late listening! Don’t forget to play it loud!