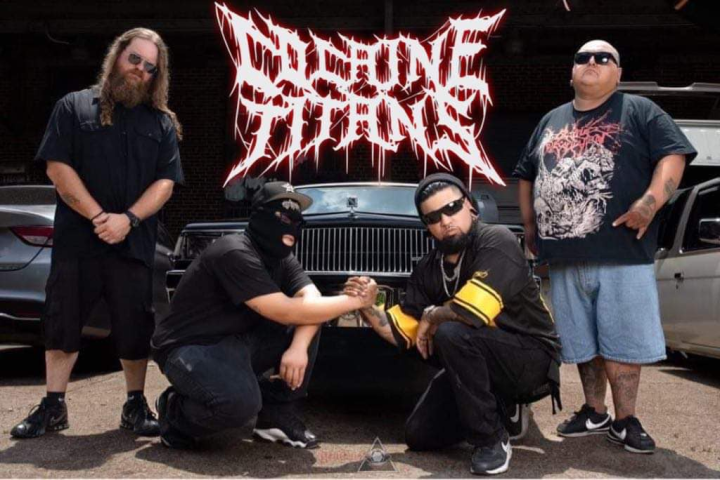 Cocäine Tîtans is Houston based grindcore band formed in January 2022. Starting off as a fun Bandcamp project Cocäine Tîtans plays fast brutal music with drug dealing and hater-killing lyrics. On the first day we formed we wrote and recorded “The Drip” sessions in one day on a phone and dropped it in band camp. One month later we followed up with Raw and Uncut ep with added bass player and a couple of months later we recorded Chosen Violence LP.