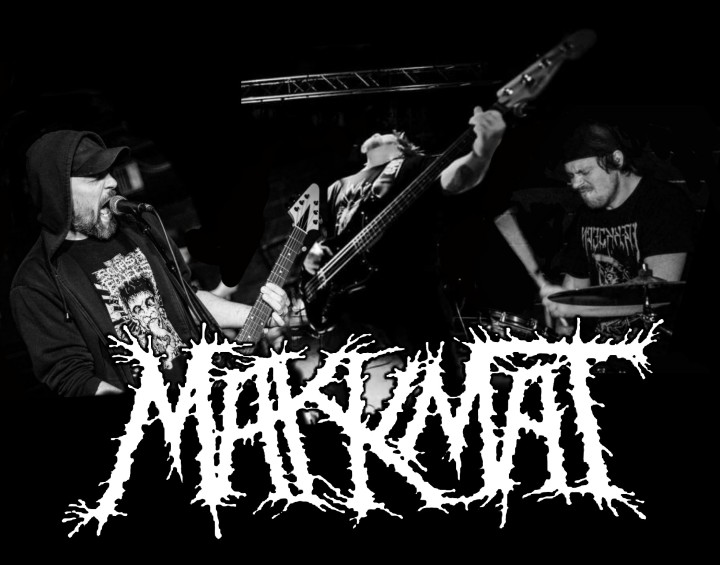 Makkmat is an extreme punk trio based around proto-blasting violence, metallic guitars and grindcore screams. The band had a few rehearsals as early as 2016 but did not get focused until the recording of their demos a few years later. These demos became their first album Beina Brenner, released on EveryDayHate Recs and Lukket Avdeling Recs in 2019. That same year the band did two tours; first the Little Spring Slaughter with some dates across Germany. For summer the Feast of the Flies tour took the band around Norway, Germany, the Czech Republic, Switzerland, France and Spain with festival appearances at the Berlin Punk Fest, In Trummern, Thirst for Grind, Obscene Extreme, Agrocrust and Tunghørt. In 2022 the band is again active; in May Makkmat played some shows in Germany, including Grind the Nazi Scum Festival, and the band will appear at Malmö Massacre in August. More international shows are booked, and a new record is finally in the crusty grindy birth canal. For fans of: animals, old testament gore, anti-discrimination, inside jokes, good times etc.
Contacts: Facebook page / Bandcamp page / Instagram