Good day guys! Thanks a lot for taking the time to speak with us, hope you`re all healthy and your beer is cold!

How do! We’re all doing well. Beer and water is cold in Iowa! 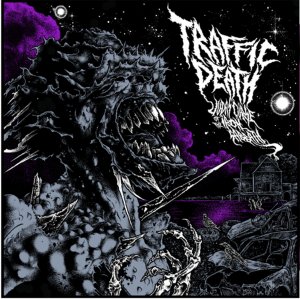 Let`s talk about your new album. How long did it take to create all songs, book the studio, who was in charge of the final sound, and so on?

We started writing the new album in 2019 and we were originally going to record and release it in 2020. Obviously, everything shut down and that threw a wrench in everything. Since we had the time, we kept adding songs to the album over the course of ‘20-‘21. We started recording for it in spring of ‘21 at our buddy Jeff Stone’s 3rd scoop studio. He’s recorded almost everything we’ve done. He’s super easy to work with. We let Jeff mix the recording and we put in suggestions.

You always use a lot of things from horror movies in your artworks, but I didn`t clearly catch the creature from “Judas Curse Of The Iron Sabbath”. So what concepts are behind this art?

The artwork is from our resident artist Alexandros Pyromallis. We gave him the title(Judas Curse of the Iron Sabbath) and just let him do what he wanted. We’re always super pumped on everything he does for us.

Could you share with us a short story about Traffic Death?

Last year in March 2020, after our last show before lockdown, we were playing PDM in Columbia, Missouri. A guy at the show wanted to take us on a ride in his sports car. He was quite drunk and he was doing donuts in the parking lot. Acting like a real maniac! He kept insisting he take us for a ride. We explained that we didn’t want to die an ironic death!

You`re huge fans of pissed-off punk and metal, but what bands made the biggest influences on you and the band, of course? 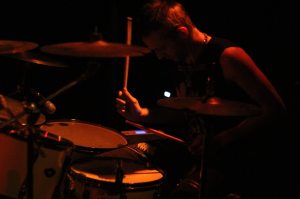 Black Sabbath, Black Flag, Venom, Motörhead, Minor Threat…all that good stuff. We all started out listening to Punk/Hardcore and discovered metal shortly after.

What is the line-up of your band at this moment? Are the members of the TD playing in the other groups?

The lineup is Brian Greenfield-drums Nate Phillips-vocals
Andrew Smeltzer-bass/vocals Gordon Shumway-guitar. We’ve had Gordon for a few years. This will be his first recording with us. As of now, Traffic Death is our only band. We’ve all played in numerous other bands in the past.

Hopefully still playing! We’d be old as shit by then!

Let`s dig into your discography. What album/split was the hardest to make and why?

I would say our 2nd album, “Dead End”. We spent a lot of time recording that one. This new one we also worked on quite a bit as well. Luckily for us, we had the luxury of taking our time. I wouldn’t say we’ve ever had a difficult time recording, it’s just time consuming.

I think drivers paying attention, not being on their phones. Using your turn signal and not speeding would help greatly. Drivers being overly aggressive is a huge problem.

Probably your band is not an exception and you like alcohol. What do you like to drink and how to spend your free time?

We don’t get too crazy anymore, but I would say we enjoy water, beer, coffee, tea and sodas. We watch a lot of movies, read books, ride bicycles, Brian rides motorcycles. We also love playing with dogs and cats!

Thank you so much for this talk guys! The last words of wisdom are yours!

Always remember to take the time to have fun and goof off! Thanks for the interview!