Hi, Jay hope you`re doing well. Let`s start with your debut album. How much time did you spend on this LP?

I’m doing great thank you. It’s good to be getting life back to normal during this shitty pandemic. We tracked the album over a weekend at Danger Tone studios with the legend Luke Walton. We did that very quickly but it didn’t feel rushed at all it just didn’t take either of us much time to do our parts. Then after that our home city of Melbourne went into lockdown for eight weeks or so so mixing and mastering got delayed so it did take longer than expected but got it done in the end. 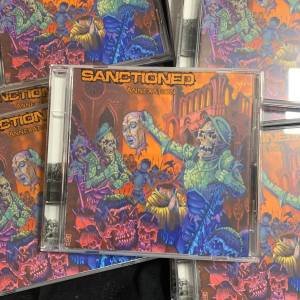 Personally, I really dig this work, but what’s about the whole grind community? What feedback did you get?

Thank you, we’ve only had positive feedback so far. The grind community seems to like what we’ve put out so that is great.

Who’s was the idea to join old forces and start Sanctioned? And of course, it would be interesting to hear the whole story of this band 😉

Pauly who plays guitar and the original drummer Benny asked if I would join on vocals which obviously I did. They had been jamming for a bit, before that writing songs. We then asked Steve to jump on bass and that’s that. We started rehearsing and writing together and played a bunch of shows as a four piece but unfortunately the drummer didn’t work out so I thought fuck it I’ll give drumming and vocals a go which was hard work in the beginning but a bit practice and it worked out. I do have a soft spot for three piece bands.

You just started but you already got a new release on the way. Could you tell us more about that split with the Entrails Massacre?

Yeah not long after the album was released I got a message from Daniel Entrails Massacre asking if we had songs ready to go for a split release. We actually had no songs left over and thought we can’t knock this back with such a legendary band. We quickly wrote three new tunes for the split, went back into the studio and blasted them out. I am extremely happy with how these have come out, can’t wait for you all to hear them they are crushing.

I was always wondering how hard is to play the drums and sing. Please share with us your experience.

It is pretty hard especially playing blasting grindcore but I have done loads of backing vocals in bands before like I did in the Kill so it didn’t take too long to get used to. I like watching people’s faces looking like “how the fuck does he do that” ha ha ha!

I bet that Sanctioned is not only your main and one band. In what bands you and your mates are playing now?

No Sanctioned isn’t the only band I’m in I also drum for Remains which is more death grind it features Tony from Bloodduster, Rohan Captain Cleanoff and Dave who played in Fuck I’m Dead with me. Dave and Tony do a melodic black metal band called King but Steve and Pauly are only doing Sanctioned. 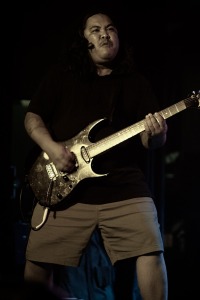 Please name the 10 best grind bands from Australia, on your taste of course.

What`s about the tour after all this pandemic shit will ends? Do we have a chance to see you in Europe?

We would love to tour Europe after pandemic shit is done and dusted so keep your eyes out hopefully in a year or two and before I get too old haaaa!

What cause so many grindcore bands in Australia? All of you are playing like it`s your final time. Is it heat, is it local beer or?

Ha ha ha I don’t really know, probably is the beer. I think it’s just a small group of us who really love playing fast so I hope when we are gone someone keeps the mantle going.

Thank you so much! The last words of wisdom are yours!)

Thank you so much for the interview and thanks for reading Sanctioned will be getting back to writing new tunes for you all and maybe we can get another album out this year if the planets align. Thanks again and grind on everyone cheers.