Aloha Kai and Ron, how are you doing my friends? Hope this cold weather and the shitty virus didn’t get you.

Kai: “Howdy Alex! Thanks, I´m feeling fine and, no the cold weather is great and the virus still did not get me. Hope the same for you?!

31 years on stage, damn, that is huge! My congrats, how do you feel about this number? Could you give us a short description of the music evolution in these decades?

Thank you for the congrats! I feel crazy about this long period. It is unbelievable to me, to be honest. I never expected that. It just happened and that is really a gift to me. A short description of our evolution in the last decade? NONE! Hahaha!!! Well, we still play our style of a mixture of Death Metal and Grindcore and I suppose this will be as long as DEPRESSION exists. Of course we’ve become better musicians over the time, but that did not change our musical directions. The musical evolution in general is quite different. No more Demo-Tapes, just Demo-CDRs or only digital outputs. Nowadays everyone can release something on different platforms, so that the whole word can check it out. When we started, you had to send flyers and tapes by post to a few contacts and they spread it to new contacts. Totally different from today.”

A few months ago you released a new album “Ära der Finsternis”, could you tell us about the feedback? Do the fans and underground like it or?

Ron: “Hi Alex, so far the reactions and reviews have been consistently positive. Yes of course, there were also not so good ones, but apparently we didn’t mess it up completely, haha! Seriously, due to the long playing time and some parts that you don’t necessarily expect from us, it could well have been that many don’t get along with it. We even got encouragement from people you wouldn’t have expected it from. So yes, I think some people like the album. Let me also return the question…what do you think of the new album? I hope you like it.”

I know that almost all the songs were done by you, Kai. Is it hard to write song by song? What is your main inspiration? What is your secret?

Kai: “As I started the band as a solo-project, in result I had to write all songs by myself. And that was and is no burden! I wanted to write the songs. That was the reason to start with DEPRESSION. And so I am still doing. But a couple of songs are written by Marc and this is always welcome. Also Skaldir, our producer wrote two songs for DEPRESSION and Apollyon, our live guitarist created a DEPRESSION song. My main inspiration, well, is the dedication to old school Death Metal and Grindcore. I love this music and so there are still ideas and creativity for new songs. Sometimes there are month without writing anything, and then I write two songs in one day. It differs. But I am still in the flow. I have no secret, just being attentive and open for inspiration and ideas. I try to catch an idea when it gets into my mind. So whenever we decide to record new stuff, I already have a bunch of songs. Like a pool of songs from which I can choose and add new ideas. It works very well for me.

I am sure that you have a great variety of tastes in different genres of music, do you ever plan on getting into anything besides Grindcore/Noise? Please tell us some of your favorite all-time bands!

You are right, my musical taste is not only Death/Grind. I listen to a lot of Punk Rock like Royal Republic and Turbonegro, but also Stoner Rock and ambient electro house. It depends on my feelings. Beside DEPRESSION I play in a Punk Rock Band and I had a couple of projects over the years. We will see what will happen in the future, haha!
My favorite all-time band is still: Bathory! Anything more to say about that?! I also still love Autopsy, Impetigo, Nihilist, Carnage, Sarcófago, Possessed… old school Death Metal :-)”

You have some experience of working as a part of the label. Could you tell us a bit about it? It would be great to hear about the best and worst moments of this job.

Kai: “You´re right, I worked for Century Media Records almost ten years, but more than 15 years ago. It was really, really cool to work in that business. To work for what you are dedicated to is a dream-job, really. Being in contact with all the bands and musicians, talking to them and having a beer with them. Always gigs for free with backstage access, festivals for free and getting new albums which you are involved in. So cool! On the other side, you have to work in the evenings (concerts) and at weekends. So when my daughter was born, I decided to quit, to have time for my family.”

I must confess your new split with Japanese bombers COFFINS surprised and smashed me, haha! That material is really cool… so can you tell us about the idea of this split. How did you get a contract with Hells Headbangers?

Kai: “Wow, thanks for your nice words!! The idea for this split has its origin back in 2012! We played a gig with Coffins and discovered that both bands like each other and we thought about doing something together. As you know, it took its time to getting more concrete, haha. I asked a couple of labels about releasing this collaboration, and we chose Hells Headbangers as we all love this mighty label! Really cool to have this one out there!

Ron: “This release is our most international one. Bands from Japan and Germany, Cover-art from the French master of art Chris Moyen and a well-known US American label which released this piece of gnarly music. A perfect example of how small the world is, music-wise”

Ok, here is a serious question. Do Grindcore (or other extreme music genres) is a good cure for DEPRESSION?

Kai: “YES! 🙂 One day in the past, I received an email from a girl or woman who suffered from depressions. She was looking for help on the internet and found our page. She was so shocked!! But TO ME, this really helps. As a teenager life sucked, so the musick helped me to find a way for my anger and to get out of the daily struggle. So yes, it helps ;-)”

Ron: “With a good dose of extreme music you can already start the day well, it is very likely that the effect continues and cures stronger suffering, haha! Extreme music may not be the answer to everything, but it definitely helps to keep the balance and channel your frustrations. Therefore, just blow your mind with musick!!!”

What is your view on the underground metal scene? What is the main difference between now and then?

Ron: “In my opinion, the underground is the foundation on which the scene stands. Without the energy, the initiative of a few freaks and of course the large amount of good bands and crazy fuckers, the scene would not be the same and would degenerate into a kind of superficial pop culture. The underground is a great cornucopia of creativity, because there are no stipulations from big labels or other economic aspects here. You form a band because you like the music and do what you like. If you have an idea in your head, you try to realize it, no matter what others might say. I would like to have the freedom to create the music, lyrics and also the layout according to our taste, without any guidelines from others. That’s what makes the underground for me. When various bands started replacing their logos with printed letters, I was totally disappointed. Someone told me that they were doing it so that the records would be better recognized in the shops. To me that’s nonsense and I still can’t understand it. Anyway. Digitalization might be the reason for the bigger differences between then and now. Today you write to people all over the world by email or messenger, you can listen to or download pretty much any record already on the internet. There are programs and tools that turn your living room into a studio, so pretty much any band can generate a reasonably cool sound. This networking also leads to many more bands and labels bringing music to the people, so that the offer has become almost unmanageably large. Some are happy about it, others are not, that’s just the way it is!” 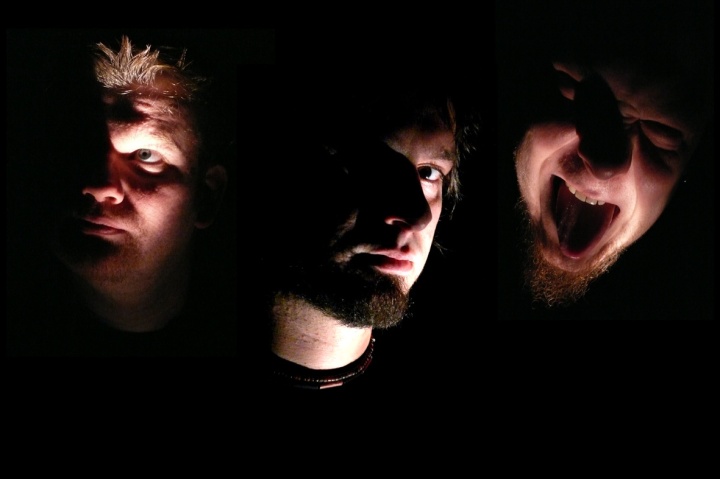 And the very boring questions for today, what are your future plans? I bet you already have a bunch of new songs)

Kai: “You win the bet, haha! Besides releasing the DEPRESSION/Haemorrhage split on tape format for the first time (Unholy Fire Records) and the split with Coffins on tape (Headsplit Records), we have new songs already recorded for a split-LP with Necrocannibalistic Vomitorium! I am not sure when it will be released, but I suppose in late spring 2021. Be prepared for 10 grind-attacks in 15 minutes. Back to the roots on that! Then we have plans to do a special split-CD with Oxidized Razor for (late) summer. All other ideas are still too vague to announce already. But you see, we continue!”

Ron: “There are also a few gigs planned for 2021 and we really hope that those will happen and we can finally play some of the new songs live on stage.”

In your interviews, you name AC/DC your favorite band. What do you think about their new album mate?

Kai: “Oh really, did I?! That´s new for me, haha. Well, AC/DC was a big influence for me to listen to Heavy Metal music. I love ‘Back in Black’ and ‘For those about to rock’, but it is not my favorite band, just an influence for my musical direction. I haven´t listen to their newer stuff (since the razors edge, to be honest…)”

Unlike other extreme bands, you really love to use something unusual. So what is the story behind all these beautiful landscapes and views of nature that you use for your front covers?

Kai: “The story is exactly what you say: unusual and unlike others. I don´t wanted to be one of a million other bands with gore and horror covers and stuff like that.  It is boring to me. And it already was 32 years ago. So I decided to choose different covers. I like the aesthetic and the contrast to the brutal music. When someone posts a bunch of new albums that include our new one, it immediately catches your eye. You always see directly the DEPRESSION album between all the other usual cover-arts. Cool, isn´t it?! ;-)”

Please name your 5 favorite movies but replace 1 word with “scrotum”.

And that`s all folks, thank you so much, guys! The last words of wisdom are yours)

Kai: “THANKS a lot Alexander, for this nice and unusual interview. Had fun answering it! Thanks for your interest and support!! Keep the underground spirit alive and stay fast, heavy and brutal”

Ron: “Thanks to you and your readers for the interest in Depression. Support the Underground, it is the backbone of the scene!”