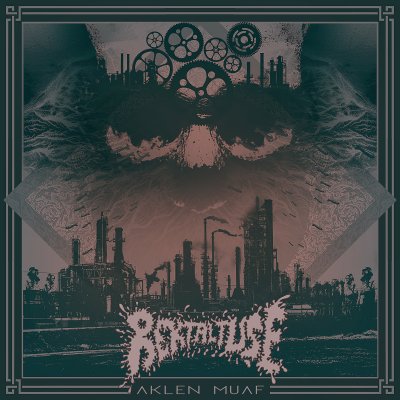 From the very beginning, this album attacks you with a decent dose of pumping energy. From the opposite moments, I want to highlight a great sound and production in general. Guitar sounds pretty crusty and pleasant, the bass is mostly cluttered (but this is the usual deal). Also, guys didn`t overdo with the vocal, it sounds brutal enough. It doesn’t stand out from the line and it`s cool. But there is one small negative “oof” that I found not so pleasant. I`m talking about a few clear pieces where the drummer uses a double beat pedal with triggers. That was annoying, but it`s only my opinion and I simply don`t like the sound of a bass drum like that. But generally, everything sounds solid and heavy I even caught myself thinking that Rektal Tuşe are fans of late Rotten Sound and Jesus Ain’t In Poland, because I’ve noticed some similar structures and riffs.

Let`s summarise. We have here an interesting, heavy and fast grind album that is definitely worth listening to. So grab a beer and play this shit loud!