Hello guys! First of all I want to congratulate you on the new album. You finally made it to your 5th full length release.
Hello yeaa thanks bro How long did you work on Propaganda?

What label released it?
Blackandje.
Are you satisfied with the final result?
Yes. 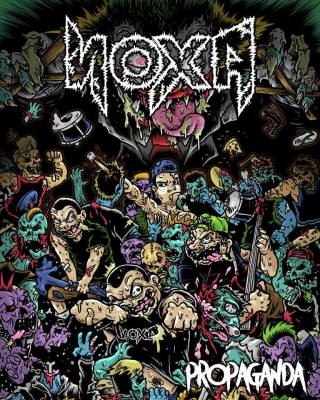 I couldnt help but notice that you changed your style a little bit. I catched a lot of thrashy and hardcore elements.. What influenced this album?
Yes because in my opinion grindcore can added any some genre metal like death metal, hardcore punk, and trash metal for influence we take Nasum, Napalm Death, Terrorizer, Slayer, Sick Of It All, DRI etc.

And do you have a plans to make some kind of tour to promote your new noisy creation(LP)?
Yes Asia and Europe but still in our plan not fix yet.

You are a grindcore band, but I didnt see any split recordings in your whole discography… only full albums. So, whats the deal with that? Dont you care for it? And what is your opinion regarding split mania in the grind underground?

For album we always focus full Album but we are open if we can Split to any bands actualy we have some compilation. By the way some time we think about the times for productions, I mean like recording and make some new songs and matery for split.You are also hosting your own festival. Could you tell us a little bit about that? As I know it,Wormrot played on your last event. How was the support for your fest?Yes the basically we have many best friends who’s in a bands and the bands specially they play Grindcore, we know each other when we met at the festivals, we just hope they can play in our Country in Indonesia and share stage with Noxa, for example Wormrot invited at Noxafest and Wormrot are supported Noxa, and actually we are supported each other as a friends and family, and also the last event NOXAFest last month we are also invite Rotten Sound.

Could we take a cold good beer, and talk about the origin of Noxa?) Do you remember the beginning? What has been the most successful moment? Noxa was formed mid March 2002 by Oxen – Robin Hutagaol RIP (drums) and Ade (Guitar). wedecided to play Straight Forward old school GrindCore with socio-political, love & hate story,humanity lyrics, etc. from the first we started to cover Nasum (Swe) songs from inhale-exhale album, and of course some of old Napalm Death (UK) songs. Four of us was Degree from the same University. Know each other almost 10 years and always jamming & sessions in some local gigs around the years. Oxen & Ade decided to make a band, the oxen call Tonny (vox) and Dipa (Bass) to joined the band. Oxen, offered to all member to call this quartet NOXA, it means ” All things who can be killed and dangerous for your health, body, even your life if you consume it over from the dose” after all the band members agree to use it, so we used NOXA till Now.* The success momments June 28th 2008, NOXA palyed at TUSKA OPEN AIR METAL FESTIVAL, HELSINKI- FINLAND. The event from 27-29 June 2008. Line up at Tuska at that time Slayer, Carcass, Morbid Angel, Kreator, Dimmu Borgir, etc www.tuska-festival.fi, after TUSKA NOXA tour 2 July 2008 at Nightlife Club Helsinki Finland and 3 July 2008 at Hella Club Helsinki Finland with Lie In Ruins, Dauntless and Sightless (finnish band from stay Heavy Record Label)NOXA “Grind Viruses” album are release under label “Stay Heavy Record” Finland, I think that the best momment for Noxa. 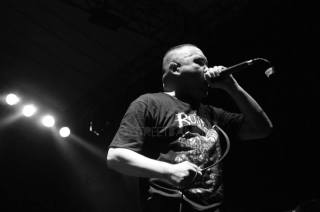 What do you think of the Indonesian underground scene? Is there a lot of grind enthusiasts,and support in your country? Do you have any favorite local bands/acts?Indonesian Scene are very big and a lot of good extreme metal bands here almost all of them I liked.

I know your country’s culture have a deep religious roots… How does grindcore interact with this sort of stuff?
If in our country each religion, we do not interfere with each other, if the music where we can understand each other well we will be able to walk well because if the band is like family alone each there must be differences. Like Noxa we are different religion each other Ade Moslem, Tonny and Alvin Christian and Dipa Hindu but we still in 1 band and play Grindcore.

Noxa is a pretty popular band,but can you make a decent enough a living of the band,or do you find it nessesary, to work regular jobs,to sustain a normal livelyhood?
We all work and the band is as a hobby and for additional income, but it would be nice if the hobby can produce and could be a fixed income.
What is your goal, and ambitions for the future? And what are you trying to accomplish as a band?
We want to be global and can play in any country to get a lot of experience and friends if there is a chance to play in your Country why not? we will be very happy hahaha. Okay, our small interview is just about to end.What else do you want all the grind freaks around the globe,to know?
Stay humble, find lots of friends from anywhere and everywhere, Play in many Gigs and Stay grind Hahaha cheeerss!!! 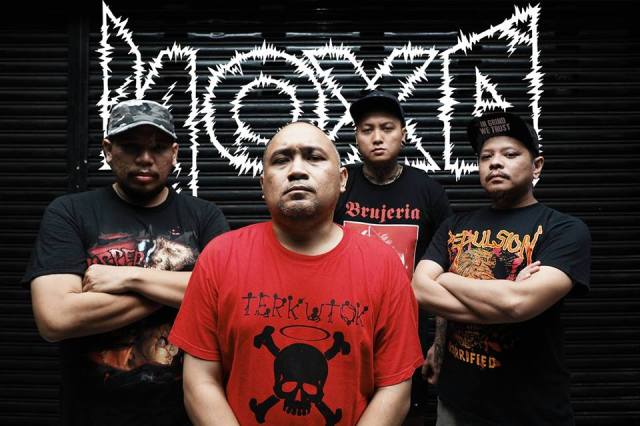