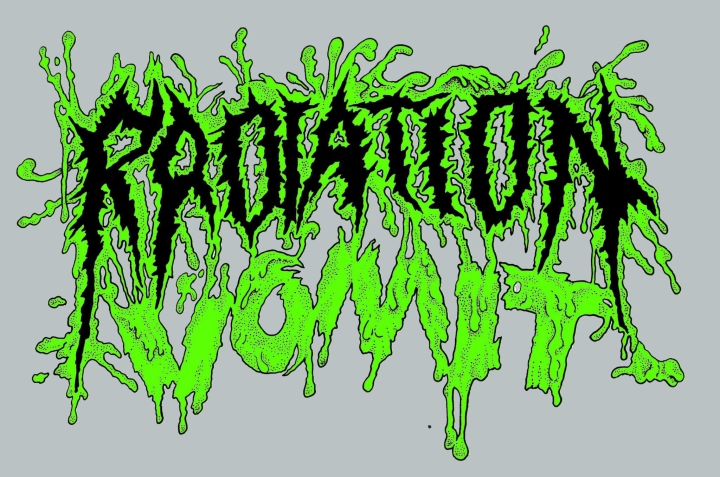 Hi Ivo! How are you, my friend? What’s new in your vomit camp?)

Cheers, dude! At the moment, Jacob and I are rehearsing like MAD to make sure next week’s recording session for the 4-way split (Bodybag, Of Corpse (FETID?!?!?!?!), Cadaveric Incubator) is as CHUFFED as can be! Jacob will be handling drum duties on this recording as well!

It’s been a long time since I heard some news about Radiation Vomit. So what new stuff you are preparing? I know that you are in the middle of doing split with Cannibal Ferox, is that correct?

Aside from next week’s session, we have two other splits about 90% recorded from earlier this year.  They are for splits with Cannibal Ferox and Headless Death! We only have to get off our lazy behinds and finish up a few vocal lines here n’ there, then send that miserable heap to get mixed!  Holy SHIT we have to get on that…. 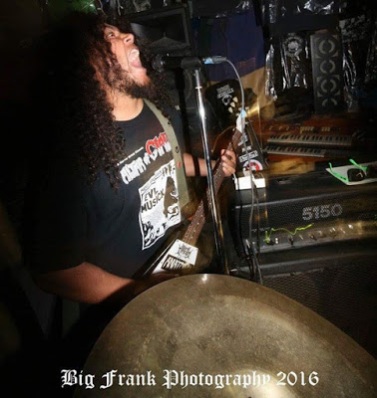 I know that you are pretty busy person and also a big grind freak 😉 Just how many projects do you have? And what’s new with them?

Busy, busy, busy! Uuuggghhhh!!!! As far as full on projects…you know, I’m constantly jamming with people and making some sort of noise, but ever since Jacob came into the picture, I’ve almost exclusively been jamming with him in our other band, Yesterday, or throwing ideas back n’ forth for Radiation Vomit.  Malpractice Insurance has been on hiatus for a while, but ol’ Grubs and I have been getting together recently for a jam!  Distance and work schedules are the absolute worst, dude…
Joe (Violent Gorge) and I also have something a’brewin!  Hopefully that’s ready sooner than later 😉
There are a few other things in the works, but too early to announce!

Not so long time ago you started your own label called Morgue Ritual Records. So how’s it working out? You started it to help your friends to release their records, right? And what do you plan to release?

Morgue Ritual Records is fun, dude!  It’s not very active and a very small operation, but it’s put me in contact with some great people and I’ve gotten to work with Dopi, whose always been a big influence of mine! As you mentioned, it was started to simply help out friends and, if I’m able to, give a release its proper treatment!  Coming up next on Morgue Ritual:
Vomi Noir Demo 7″
Headless Death Lp
Garbage Guts 10″

And what’s with the band’s name?It’s something from old horror movies, right?

I was trying to find a name for a project and just combined Repulsion’s “Radiation Sickness” with Regurgitate’s “Vomit Breath.”  Those two, along with Napalm Death, are still my strongest influences, I’d say! Pretty CHEEZY, but it’s always been a nightmare to find a good band name!

I know that both of you are pretty busy but anyway, how often do you meet each other and have a rehearsals?

Well, Andy lives half the country away in Indiana!  When we organize shows, we try and organize a few days prior to jam and rehearse.  I’ve also flown over to his house a few times to throw some ideas around.  The song “Reek to Death” (from the upcomming Cannibal Ferox split!) was written this way!  However, Jacob and I rehearse once or twice a week and I toss around ideas with him when I’m feeling extra vomitous!

It seems to be thriving! People have opportunities to play sick shows and enjoy themselves!  As far as releases over here…Let’s see if I can word this correctly..
It seems like sometimes splits can be very impersonal.  Like, there isn’t a whole lot behind the split aside from submitting tracks and artwork and waiting for your copies.  A lot of the stuff I’ve seen from here are good friends digging eachothers’ bands, doing tours together, etc. There is a relationship and a certain AAAARRRRUUUUGGGGGHHHHHH!!!!!!!ness to the split that makes it somewhat special!

Ivo, and what kind of music you would not have played at all, not even for huge sum of money?

Well, I wouldn’t be part of any band with some sort of shitty ideology.

Let’s Imagine that you was involved into horror movie as a main villain, so who would that be and how many victims you would you have in your list?)
Me and myself!
What do you like the most in underground scene?
Music! It’s why I do and continue to do what I do! It’s also full of some killer people as well!  There’s always some sicko around to put you up for the night or trade one of your shitty band shirts with!
And a little bit of philosophy 🙂 What things spoil a human and turn it into an asshole?
Severe grindcore dificiency.
Imagine that you’re driving the car, you got a lot of drugs and counterfeit money in your trunk. But suddenly a cop appears and asks you to stop. What you gonna do buddy?)
Shit my pants. Dive in and swim.
Unfortunately, this is it all… huge thanks for your answers, my friend! You closing speech for our readers, please!)
No, no, NO!!! Thank YOU, Alex!!!! Thanks for your interest and support, dude!  Now..let us vomit!!!
For more info: Radiation Vomit bc