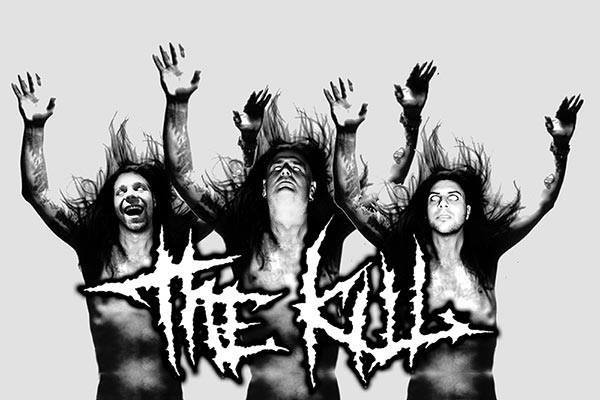 In the year 2000 when OPENWOUND had come to an end, Both Jay and Roby started THE KILL with UNDINISM vocalist Neil. They recorded the first demo which was released in various formats.
Demo CASSETTE through NO ESCAPE RECORDS.
THE KILL Demo 7” EP on 625 TRASH,
Split 7” with RETALIATION (Sweden) on MORTVILLE RECORDS.
4way split 7” entitled “WRONG SIDE OF THE TRACKS” with DAHMER (Quebec), NEEDFUL THINGS (Czech Republic) & LUCIFER D LARYNX (USA) on DRY RETCH RECORDS.
And numerous bootlegs were also floating about on CD & CDR.
During this time THE KILL played hundreds of shows & toured Australia, supporting numerous International acts, & headlining many shows.

Digital Downloads of most KILL releases are now available through: Blastasfuk