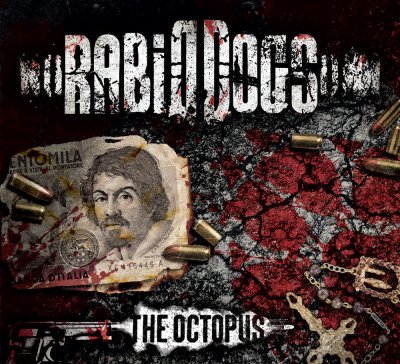 This italian bunch have always amused me. They‘re music is quite unordinary. Safe to say, their signature sound is based on the scent of vintage Italian crime films in the atmosphere of their music. Yet their latest release bares a strong sense of concept and is dedicated to a good old film series (which came to my attention when I was a young kid). The motive of this film echoes not only in the sound itself, but in the artwork design. And it looks pretty cool as well. It‘s been too long since I‘ve gotten such a treat from the esthetics of a mere digipack. By the way, the disk itself has pit-art emblemed on the readable part of the CD. This makes the visual part of the album even more impactful. What needs to be mentioned is that it‘s hardly a mini-album. There are only five tracks on this release (plus a bonus track which is not mentioned in the track list, making it a very pleasant surprise), yet the quality of it barely makes it an issue. This EP in no way resembles straight-foward grind. This time the guys did not hesitate to go full experimental. Grind meets rock ‘n roll. It was suprising to hear a synth in the last two tracks. A synth and something distant of stoner/doom rock elements. But they still pull off the synth element in a pleasant manner. Even if this release goes full experimental and may sound somewhat weird, it still sounds really soild. I would recommend this one to anyone who is looking for a breath of fresh air in the scene.
P.S. to clarify, the dialogues between songs are from the mentioned TV series.
Rating: 8,5/10    Rabid Dogs        Eclectic Productions